In 2011 we added Macaire Nevada by Kamawa Nevada to continue our growthy muscly type cattle.

To set our type of quality stud cattle, two young home bread sires, Kamawa Keanu by Rosevale Chieftain and Kamawa Lobo by Yarrawonga Lancer, have been used extensively in the herd breeding plan since 2002. These sires displayed the quiet temperament Kamawa is known for, together with the fertility, muscle and high growth we wish to maintain.

Keanu who won a first place ribbon at Sydney, is represented by 45 retained females in the Stud, two of which are displayed on this page, and another, show heifer Paris is on the Stud Heifer & Cows page.

Kuloomba 97 was introduced to the breeding plan in 2006. His calves inherited his totally placid temperament and some of his size. In 2008 we retained an outstanding poll Sire by Kamawa Keanu. He was Kamawa Centurion .

Riverslea Jedi, by Kamawa Texas , was purchased in 2016. He is a very long bull with great breed character and perfect temperament. We have produced a great line of Texas bulls by Jedi , who are very consistent , soft, Santa types. We have also sold, and retained his very good cows.

Macair Mocassin was purchased at Santa Central Sale Warwick in 2019. He is a totally outstanding stud sire in every way. We have had great bulls and heifers by Mocassin,

In 2020 we purchased Macaire Kumba , sire of Moccasin – a very long large bull with good temperament, who has produced outstanding results with Kamawa cows. We have outstanding bulls and heifers by Kumba. Yarrawonga Able was also purchased in 2020 and we have some totally outstanding females by him.

In 2022 new Stud Sire was purchased, Hayleigh Quest by Cardona Quickset. He is a very correct, thick, deep sire. 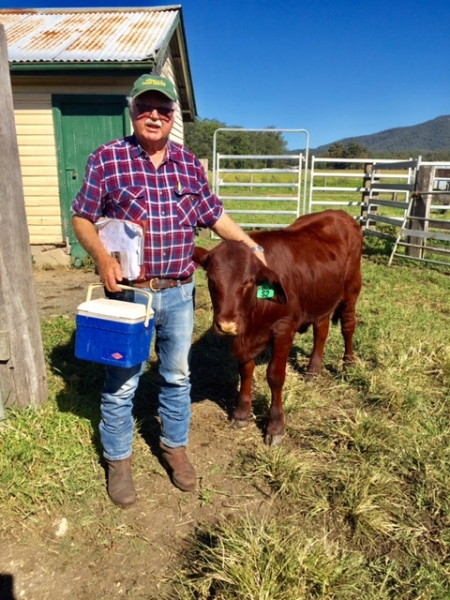 KAMAWA PARIS (P)   Top Kamawa female. 400kg at 12 months  as in photo. Possessing
some of the best genetics in Santa Gertrudis breed. Her son Kamawa Texas bred top Sires
Progeny Group at Brisbane Show 2015 – her blood, her genes continue on in our and other
herds.